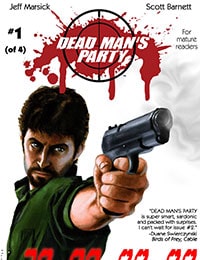 In the assassin trade, it''s called a Dead Man''s Party: an irrevocable contract you put out on your own head. Five of your violent peers have thirty days to fulfill it. For bragging rights. And a substantial bounty. For the infamous hitman known only as Ghost, ordering a Party means beating the cancer inside of him. It''s a way to go out on his own terms and at the top of his game. The invitations are sent. The RSVPs are made. The killers are coming. And that''s when Ghost realizes he''s made a horrible mistake.