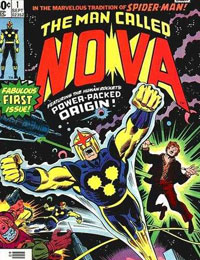 Richard Rider always dreamed of being a hero, that dream just came true. Hurtling through outer space, Nova Prime pursues the monster that destroyed his planet, but he is gravely injured and on the verge of death. He seeks out a worthy successor to pass on his considerable powers to. Rider is struck down by an emerald beam of light, but when he awakes he has all the amazing abilities of a Centurion. Now, Nova Prime''s mission has become Richard Rider''s. He must stop the murderous alien known as Zorr or his own world is doomed.