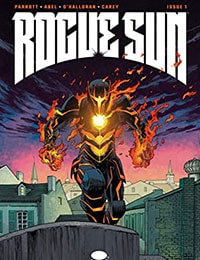 Today: rebellious teenager DYLAN SIEGEL discovers that Rogue Sun was his estranged father, Marcus—and that he''s inherited his father''s mantle. Tasked with protecting our world from the forces of the supernatural—and solving his father''s murder—Dylan will be forced to come to terms with the man he''s spent the majority of his life hating.