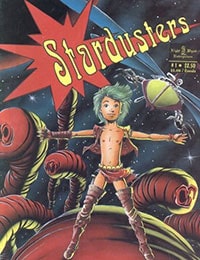 There is a race of beings called “Books” whose primary reason for existence is to gather information. All across the universe, Books respond to requests for information and do whatever they need to in order to find answers. This series follows a Book names Tapiet, who when we meet him, is trying to deliver information regarding a cure to a disease that is plaguing a particular race in the galaxy. The planet Tapiet is on comes under attack, and through his escape he ends up traveling with a soldier named Captain Rigell. In the quest to deliver the information, Rigell and Tapiet pick up two more crew members, and uncover a much bigger issue--a dimensional wave that is going to destroy all sources of power and technology in the galaxy. The only way to save the galactic races is to travel to a cosmic graveyard of ships and steal planet-sized vessels that can transport the inhabitants of the galaxy to a place far away from the dimensional wave.